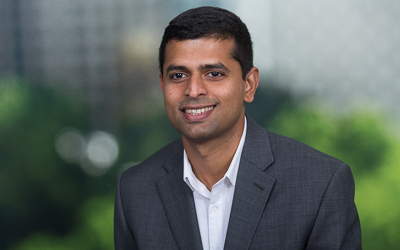 Workato and the evolution of Integration

In 2019 it is a no-brainer to say that APIs are behind a lot of successful software innovations & SaaS products. In other words, APIs are essentially the enabler of automation and innovation. With the explosion of SaaS products and platforms in recent years, companies are turning to such platforms and their third party APIs as a smarter and faster option for automation success. Some examples include ServiceNow, Salesforce, NetSuite, Workday and Google G Suite.

There are a couple of reasons for this:

We always hear about many success stories of SaaS. However, in this blog post, I want to talk about some of the side effects associated with the SaaS explosion.

Side effects of the SaaS explosion

As my GP often says, there are no drugs without any side effects. This also holds true for SaaS. In this section, let's look at some of the side effects of the SaaS explosion and our current state of work.

Whilst there are indeed some problems, they are problems worth solving as SaaS is here to stay and will only grow bigger. At Deloitte Platform Engineering we believe that one of the solutions to the above problems is self-service automation. Workato is a new self-service automation tool in our automation arsenal. In this blog post, let’s first get an overview of Workato. Later in this post, we’ll look into how a platform like Workato can start solving some of these problems and the future state of work.

Workato is an IFTTT like automation platform which can be used by Citizen Integrators to develop integrations in English as opposed to code. Workato was ranked highly by Forrester, and Gartner in their latest reports. The biggest value proposition of the platform is the accelerated time to value as it takes only a few days to make your integrations production-ready. A sample integration involving Salesforce, JIRA and Slack is shown below.
For further reading, please refer to the Workato Community Recipes for a huge collection of examples, which can then be used as a starting point for your integration use case. 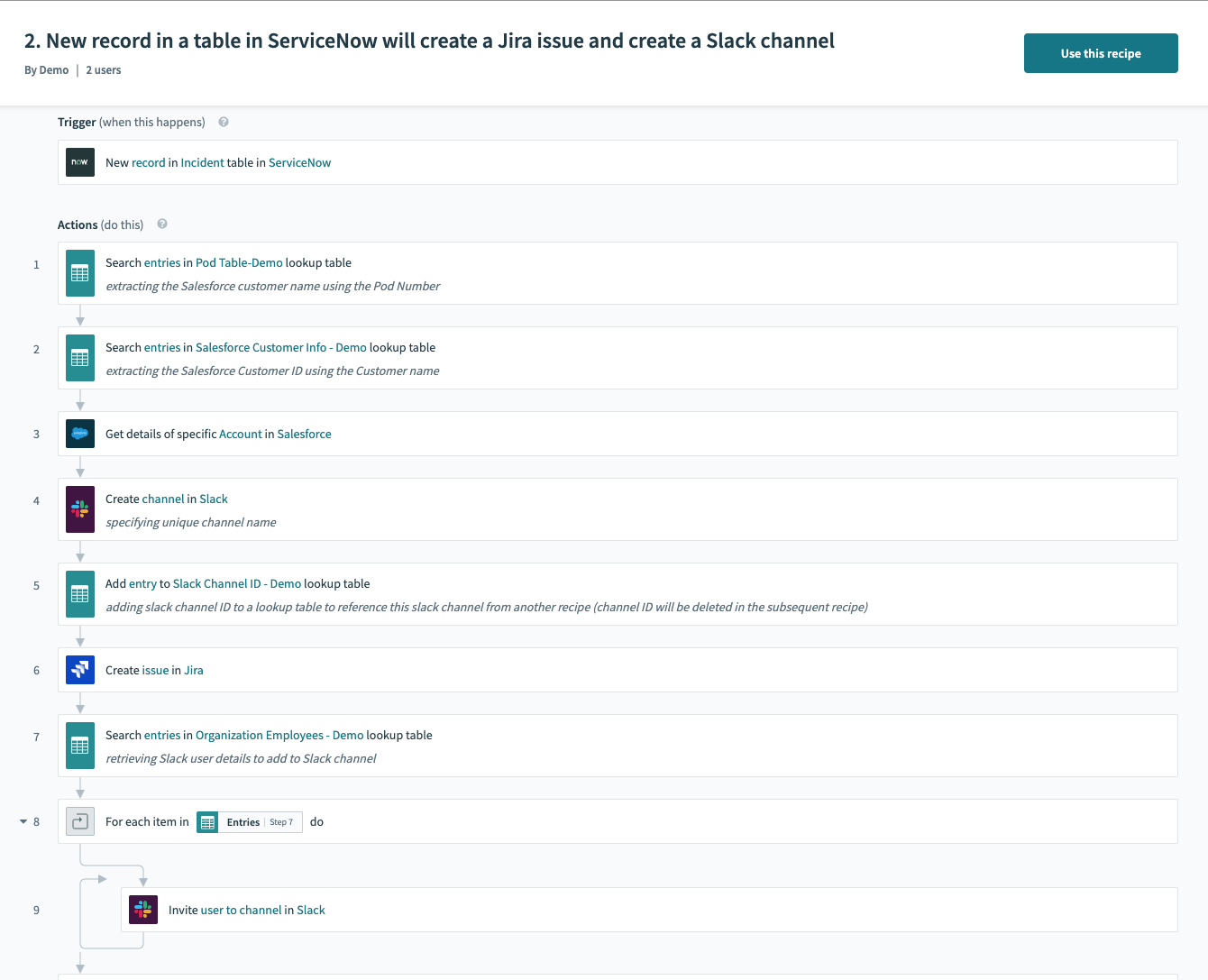 Let’s now look at some of the high-level strengths of Workato.

As shown in the above diagram, the sweet spot of Workato lies around self-service automation use cases like:

Solving the side effects of SaaS explosion with Workato

We looked at the Workato platform and its strengths, especially around integrating SaaS systems. As I mentioned earlier, there are some side effects associated with the SaaS explosion. Let’s now look at how Workato can solve some of the side effects we discussed above.

Chat integration is one of the most powerful features of Workato. Enterprise chat platforms such as Slack, Microsoft Teams and Facebook Workplace are getting increasingly popular these days. These platforms are playing a big part in improving business productivity through team communication and collaboration.

Modern SaaS systems are very sophisticated with features like APIs and webhooks. However, connecting SaaS systems together the traditional way using developer only tools is slowing down many automation initiatives. The shallow learning curve, simplicity, and intuitiveness of the platform makes Workato an ideal platform for users like Biz Admins and Citizen Integrators.

Speed to market and low cost is the key for internal automation initiatives to get approved. Workato’s connector ecosystem and shallow learning curve make it a platform with great “time to value” value proposition. Here is a great example, which Slack did recently to improve employee productivity. Workato is a great platform for building such initiatives very quickly.

Educating business users and admins on REST is much easier than teaching them SOAP. However, it is still not good enough! You need a different approach to automation that would appeal to people who never imagined themselves as programmers. The Workato platform is an attempt in this direction, which we believe could play a big part in employee up-skilling towards automation.

Trying to solve all your automation problems with one single platform such as an RPA, BPM or an API platform is not a good idea. Workato is at its best when used as a complementary platform to existing platforms such as API and RPA platforms, as shown in the above diagram. Our expertise in the integration and automation space can help identify the Workato sweet spots & make the best design choices. Check out the official Workato blogs for a variety of customer success stories and use cases.

Azure Update Management - Why you need it 16 November 2021
Part 3: Azure Functions on Kubernetes - have your cake and eat it too 22 June 2021
Part 2: Command your kitchen with queues and serverless functions 11 May 2021
Custom Distributed Tracing and Observability Practices with Azure Functions – Part 3: Implementation 10 March 2021
Previous Article Next Article