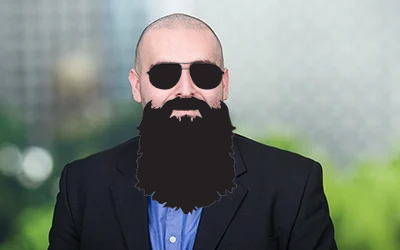 In part 1 of this series, we discussed the different deployment models that we have used in the past to deploy containerised Mule applications on OpenShift Container Platform. Here we expand on the topic by discussing best practices around build and deployment such applications.

In a microservices architecture, you often find yourself deploying many containers that contain the same technology stack. Running 100s of Mule application containers is a typical sight in our projects.

In order to effectively leverage the Docker layer-sharing capabilities, we normally establish a Mule runtime base image, upon which, the Mule applications images will be built. But before that, we need to choose a base image to use as the foundation.

OpenShift Container Platform users have access to a large catalogue of Red Hat container images. These images are supported by Red Hat and are regularly patched for defects and security exploits. Additionally, many are optimised to run seamlessly on OpenShift.

Mule targets Java 8 runtime so a quick solution would be to use Red Hat's OpenJDK 8 image. This image comes packed with these features:

This image covers a lot of bases and we often find it useful to get Java applications up-and-running quickly. However, its broad appeal does have some drawbacks. Primarily, the build tools in the image are not needed at runtime and may even constitute additional attack vectors for rogue applications.

Our preference is often to have a "minimal" image containing only the necessary software needed to run the application. Our current preference is rhel-minimal (formerly rhel-atomic), a minimal Red Hat Enterprise Linux container image. By default, it comes with only the essentials and does not include other software such as Python, SystemD or even Yum.

Starting with this image, we need to install and configure a few things based on our requirements:

We also do not want to lose all the nice features that I listed for Red Hat OpenJDK image above so they are added back in. Fabric8 Java Docker images are usually upstream from the Red Hat images so their source code is used as inspiration for re-introducing some of those features.

With a minimal and hardened base image at hand, now we can turn our attention to building the runtime image for Mule.

This boils down to installing our desired version of the Mule runtime into the image. Mule is distributed as an archive so the installation process is fairly trivial.

As part of the runtime installation, we often check the libraries included with Mule for known exploits and remove the ones that score higher than is comfortable with our security posture. OWASP dependency-check is rather useful in this regard but other application/container scanning tools such as CoreOS Clair or Black Duck should also be considered and integrated into the CI/CD process.

A feature we inherit from Fabric8 images is run-java-sh, a universal Java start-up script. It is container-friendly and checks certain file paths and environment variables to configure itself. You will normally find the following in our images:

Another feature you often find in OpenShift images is source-to-image (S2I). This is a Red Hat invention to automate build and image creation of popular frameworks, such as Maven for Java, NPM/Yarn for NodeJS, Pip for Python, etc.

Technically speaking, S2I is a collection of shell scripts for building the image (assemble) and running the application once the container starts (run).

I personally have some mixed feelings about S2I. While I find it suitable for interpreted runtimes such as NodeJS or Python, I find it hard to reconcile its sensibilities with compiled builds such as Java or Go. For these use cases, I prefer what I call B2I where the binary is created outside the image and then given to runtime image to bake in. This removes the need for build frameworks to be present in the image.

To enable B2I, an assemble script is included with the Mule runtime image. Our scripts typically come with these features:

Please note we update Log4J configuration to always log to the standard output as is the convention with containerised applications. These logs can then be captured by the container orchestrator and processed alongside the rest of the logs.

Now that we have a Mule runtime base image, each Mule application image is simply a thin layer on top that contains the application archive.

OpenShift provides some Custom Resource Definitions (CRDs) for building images. BuildConfigs define how a Build is configured. An Image is produced from a Build which is then stored in an ImageStream. These constructs in addition to a Continuous Integration (CI) tool allow us to produce all required images.

For a Mule application the following steps are executed by the CI tool:

Since we have taken care of most things when building the base image, each individual application image build is as simple as above.

Once an application container image is ready, its deployment is no different from any other image on OpenShift. In fact, this is the very value proposition of containers: Simplified and unified deployment, regardless of technology stack which is abstracted away by the container specification.

As for resources, I had found (using Mule 3.x in Mule:Unwrapped model) that depending on application size, JVM + Mule application may not even start if it has less than 500MB of memory. The JVM start-up is also a CPU-intensive activity so sufficient CPU resources must be allocated.

Before I leave you, here are some tips to be observed by Mule developers to ease the application build and deployment for a containerised environment.

If you have made it this far, I congratulate you on your perseverance (otherwise if you just skipped to the end, you need to take a hard look at the choices that brought you here). As a bonus, I have created a GitHub repo that contains an example of a Mule base image and demonstrates the concepts introduced in this post.

Deploying Kubernetes using lightweight runtimes on Centos Stream 8 24 February 2022
The Secrets of Kubernetes 29 June 2021
Part 3: Azure Functions on Kubernetes - have your cake and eat it too 22 June 2021
The Demand for Hybrid and Multi-Cloud 02 June 2021
Previous Article Next Article