Logic Apps and the Service Bus Connector - The Case of the Incomplete Message!

What You Need To Understand

In order to understand why the same Service Bus Topic message was being processed twice, this is what you need to know.

Now that we understand how the Complete method is called as part of the Service Bus Connector's trigger mechanism, it is easy to understand the cause of the problem.

If the second call to the trigger fails (the call that would complete the message), for instance, because of a transient error on the gateway, then the Service Bus message will not be completed — until perhaps the next scheduled trigger.

However, after the default lock duration of 1 minute expires, the lock is lost and Service Bus makes the message available to be received again.

This is exactly what happened — the message was not completed and when the next scheduled trigger executes, the same message is processed again.

From the Trigger History of the Logic App, we can see the trigger that failed in the image below. 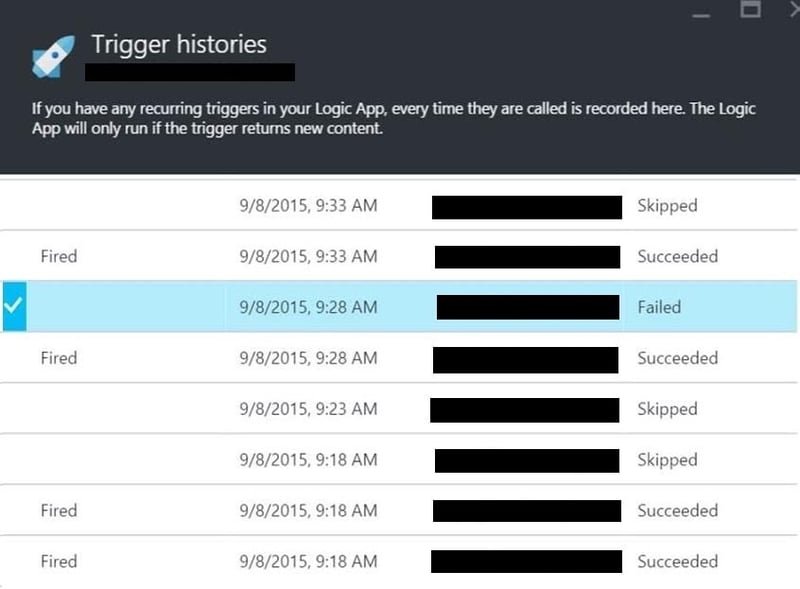 The call to this trigger returned a 502 "Bad Gateway" error.

502 - Web server received an invalid response while acting as a gateway or proxy server.

The full JSON of the output message for the failed trigger is:

This situation should not happen often, but unfortunately it was occurring multiple times per day, and only ever on the second call to the trigger method. The only real solution is to follow Microsoft's advice and design your systems to be idempotent, because it can and occasionally will happen.

In addition to that, to reduce the frequency of the situation, hopefully Microsoft will release a change in the near future so that failed calls to the trigger method are automatically retried.