I recently did an Ignite talk at DevOpsDays Auckland 2019 about GitOps. While preparing the deck for the talk, I had a chance to really reflect on the question “What is GitOps?”.

GitOps is reconciling a desired state in Git with a runtime environment.

“But this is what we’ve always done!” you say. You’ 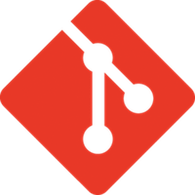 GitOps is the same general Git workflow we’ve known for years with one simple additional step:

It’s that last step that distinguishes GitOps from the usual Git workflow: automatically taking action when a commit is merged. That action takes place in a reconciliation system, which is triggered by a push or pull event. That reconciliation system then applies the desired state from Git to a runtime environment.

Here are some examples of the various pieces (the table is meant to be read column-wise):

There have been a number of definitions of GitOps offered, most notably from WeaveWorks, the people who coined the term GitOps. However, I found that their definition is very Kubernetes-centric and does not capture the essential elements of a what is actually a more general technique.

Here are a handful of use cases where you could apply GitOps. Of course, it’s not limited to these and I’d be interested to hear if you’ve applied GitOps to any other use cases.

Deployment is one of the most common use cases for GitOps. You need to deploy a new version of some software to an environment so you make a change in Git and that software is automatically deployed to your runtime environment. Flux is a Kubernetes operator for doing so. I also built a system for doing so that I wrote about in GitOps Driven Deployments on OpenShift.

Infrastructure as Code (IaC) (e.g. Terraform, CloudFormation, etc.) is perhaps the canonical use case for GitOps. You need to change your infrastructure in some way (e.g. add a VM) so you update your IaC in Git and that change is automatically run on your infrastructure. This can be achieved by your reconciliation system executing commands that apply the configuration to the infrastructure.

The inspiring paper GitOps: A Path to More Self-service IT by Thomas A. Limoncelli does an excellent job of describing GitOps in much more general terms. The primary use case he offers as an example is for DNS.

In the author’s own words:

"Initially the DNSControl configuration file (dnsconfig.js) is stored in Git. A CI system is configured so that changes trigger the test-and-push cycle of DNSControl, and updates to the file result in the changes propagating to the DNS providers. This is a typical IaC pattern. When changes are needed, someone from the IT team updates the file and commits it to Git."

This is exactly how I’ve been thinking about GitOps.

People come and go from teams all the time. When they arrive, you have to add them to Slack, GitHub, JIRA, and all of the other systems you use to get work done. Imagine a file full of user information like this:

A lot of tooling already has Git integration so customising tools to do GitOps isn’t much of a stretch in many cases.

There are a number of emerging tools that support the GitOps technique directly:

See Introducing Argo Flux as an example of consolidation in the GitOps tooling space. It will be interesting to see how these tools evolve and what set of features will drive adoption.

Naturally there are barriers to the adoption of any new technique.

If you’re in a traditional ITIL shop, they likely have very particular processes you need to follow to implement a change. For GitOps to gain adoption, you may need to take the ITIL stalwarts along on the journey and show them how GitOps actually implements ITIL practices. And if there are parts of the process you can automate, such as opening/closing tickets, look for opportunities for your reconciliation system to integrate with IT service management systems (e.g. ServiceNow) in order to do so. I’d love to see these sorts of processes coalesce around the pull request and do away with any unnecessary ceremony.

Git as Single Point of Failure

If GitOps is driving your runtime environments, Git uptime is even more critical. Git can become a single point of failure (SPOF) for essential business processes. If you use a cloud based Git service and they have a bad day, you’re going to have a bad day. If you run Git on-premises, you’ll almost certainly want to configure it to be highly available. Either way, you’ll need to seriously consider the impact on your business of Git being unavailable.

Proper secrets management in any system is a tough nut to crack. Your reconciliation system needs to have access to a lot of credentials so it can update runtime environments. There are a lot of secrets management systems (e.g. Vault, CyberArk, etc.) that you can use to safely store the secrets that the reconciliation system needs to complete its work. And, of course, you want to follow best practices like restricting service accounts to exactly the permissions they need.

In my experience I’ve found a number of benefits of using GitOps.

Modern Git systems provide many features that we often take for granted; these features are also beneficial for GitOps. The role based access control (RBAC) can be used to grant access to those who can propose change and those who merge change (which implies automatic action). Being able to edit a file and propose a pull request directly from the web interface is amazingly powerful for those unfamiliar with Git. Even just getting email or Slack notifications when a pull request is proposed is helpful.

Even compliance and audit benefit from GitOps. Using Git history to show how and why a runtime environment is in the state it’s in is helpful for compliance. Using Git history to show who proposed a change, who reviewed and approved it, and who merged it is essential for audit. In one instance, an auditor interviewed me and we got through the session in half the time because I was able to show him how we were driving deployments with GitOps with all of the benefits above.

The biggest benefit is self-service. Those that need to make the change are those that propose the change. Even if they’re not familiar with Git, they’re able to use the web interface to propose the changes they need. The whole system is transparent and you’re able to understand the state it’s in, even if you don’t have direct access to the runtime environment.

GitOps is a general technique that is applicable to many use cases. The barriers to adoption are relatively low and I think it has the potential to be a widely adopted way of working once people start to understand the benefits they can realise from it. Get started with GitOps by downloading some of the tooling referenced above or building your own simple reconciliation system.

Custom Distributed Tracing and Observability Practices with Azure Functions – Part 3: Implementation 10 March 2021
Start from where you are 17 December 2020
Map your way to understanding and agreement 04 November 2020
Transform your data with dbt and Serverless architecture 28 October 2020
Previous Article Next Article